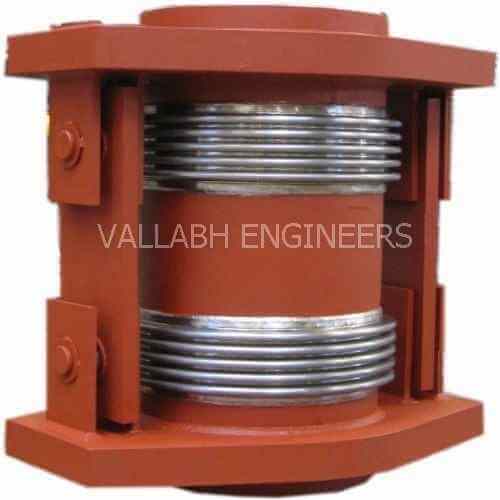 Hinged bellows are used to absorb angular movement. This movement should only be in one plane. These bellows are also known as angular bellows and are used in combination with other bellows to convert large amounts of axial movement into comparatively low amounts of angulation. Vallabh Engineers is notable among the highly trusted Hinged Bellow Manufacturers In Vadodara. The name reflects its capability to pivot which allows the unit to bend in a single plane as it is hinged. The sophisticated designing and durability of these Flange Type Hinged Bellows have made them favourite among the industrialists.

Our company has emerged as one of the prominent Stainless Steel Hinged Bellows Suppliers In India. Get in touch with us to discuss your requirements and our experts will help you in choosing the right product.